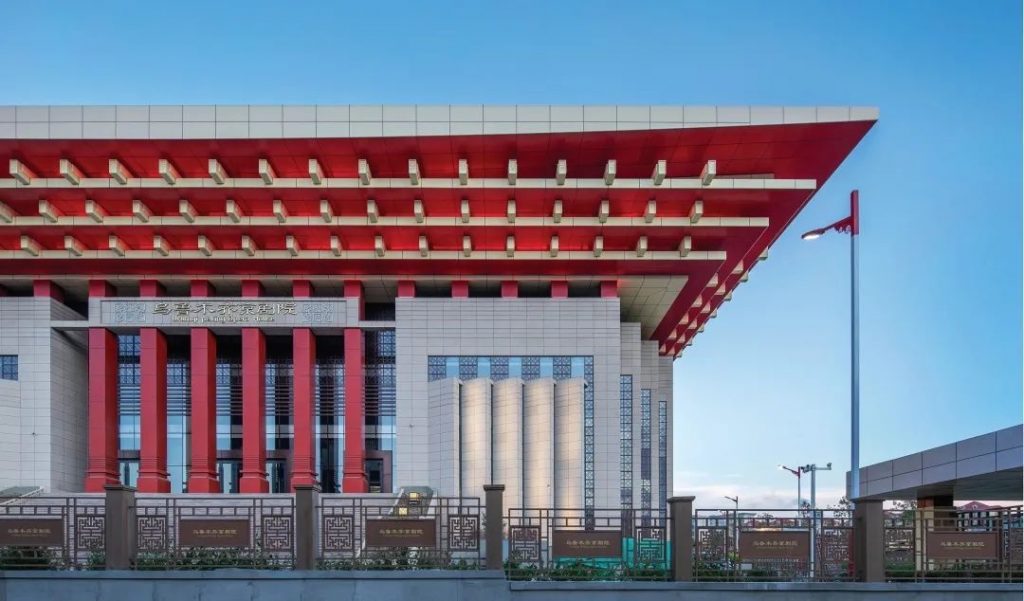 The construction of this project aims to build a landmark art brand of Peking Opera culture, highlight the spiritual connotation of Chinese traditional culture, give play to the important role of Chinese excellent traditional culture in the cultural development of Xinjiang, and lead the people of all ethnic groups in Xinjiang to recognize the great motherland. “Contribute to the full realization of the overall goal. At the same time, the construction of the project has also increased the allocation of cultural resources in Urumqi and Urumqi’s overall emphasis on cultural undertakings, improved the cultural literacy of the whole people, and made Urumqi’s cultural undertakings “bigger and stronger, gathering popularity, and becoming a new city in Urumqi. landmark”. 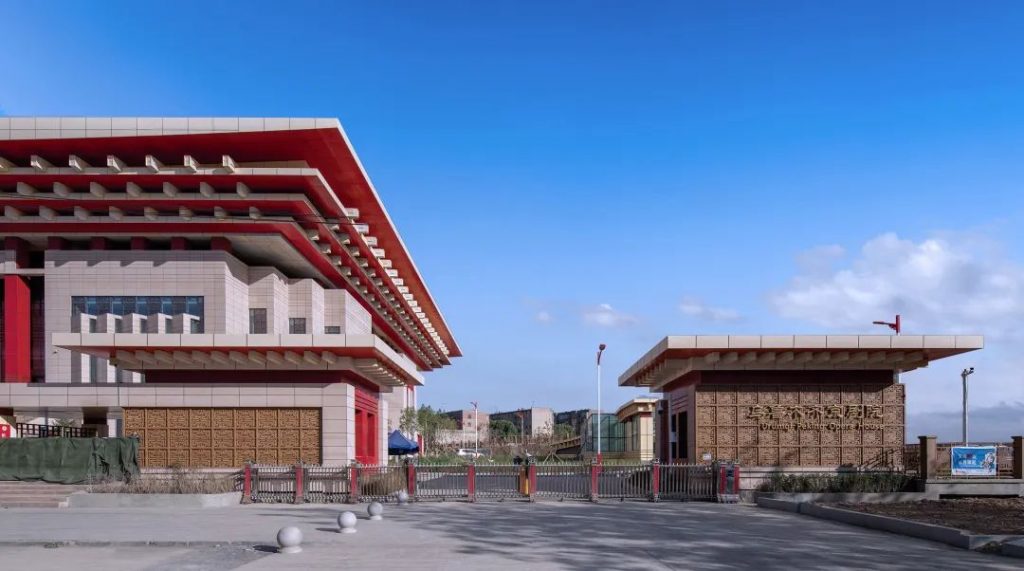 The Urumqi Peking Opera Project is located at the intersection of Yan’an Road and Minghua Street in Tianshan District, Urumqi City, Xinjiang Uygur Autonomous Region. It faces Minghua Street to the north and Planning Road to the east. Located in the triangular site.

The architecture refers to the concept of “four squares”, which implies a convergent and open concept. Sihe means heaven, earth, man, and self. The architecture refers to the concept of “four in one”, which implies the integration of visitors from all quarters and the concept of harmony between man and nature. The four-layered eaves are set back from high to low, forming a “retracting” situation. The inter-layer bucket arches in each direction of the double eaves respectively express the concept of converging square form. The four-in-one seal script is written on the dougong on the roof of the building, which not only reflects the architectural significance, but also adds to the ancient charm of the building.

In the seven bays, the “Book of Changes” considers one to ten as odd and even numbers, and “nine” is the largest odd number, which is the number of Zhiyang. We leave a little room for the next level, to achieve seven bays. Ten folding fans, in the culture and art of Peking opera, the use of folding fans on the stage can assist the actors’ body movements. At the same time, the use of folding fans can express the character and happiness of the characters in the play. In this building, the intention and form of folding fan are used and applied to the building facade to form a rich architectural form. “Ten” also symbolizes Consummation in Chinese traditional culture.

The bucket arch is a basic component in the traditional wooden frame building in our country. The bucket arch is both a load-bearing component and an artistic component. Its application makes the building “like a bird’s leather, like a bird’s flying”. Dou Gong makes people feel mysterious and unpredictable. From an artistic or technical point of view, Dou Gong is sufficient to symbolize and represent the spirit and temperament of Chinese classical architecture. The length of the main façade along the street of the building is about 70 meters. The roof of the building adopts the intent of a bucket arch, turning the traditional curved bucket arch into a straight line. The interlayer pillars of the roof are the combination of bucket and arch.

The ceiling adopts the form of ancient architecture algae wells, with 5 rows of design, implying the gathering of all corners of the country. Each algae is a square with 4 levels, which means four directions and four in harmony. The Sizaojing forms the entire roof, which means one family in the four seas.

This case uses pure copper (red copper), which is used at the entrance of the building. The meaning is purple gas coming from the east. In ancient times, purple represented the noble and imperial spirit, and also represented the purest traditional culture, the purest Peking opera, allowing the audience to experience the highest level of enjoyment. Vermillion is the name of a traditional Chinese color. Vermillion is one of the ancient colors used by humans. The evidence appears in Chinese prehistory. 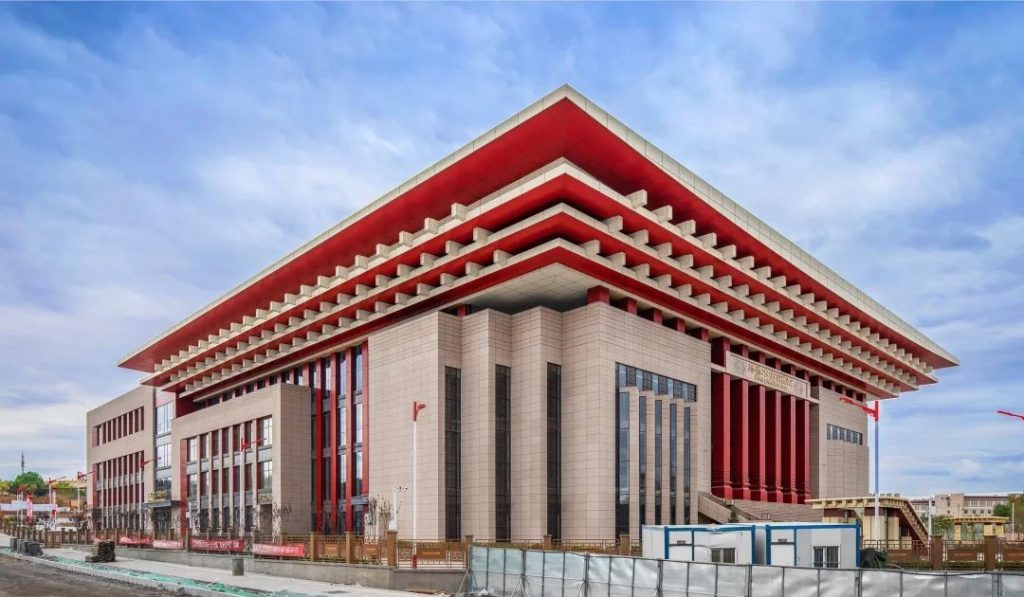 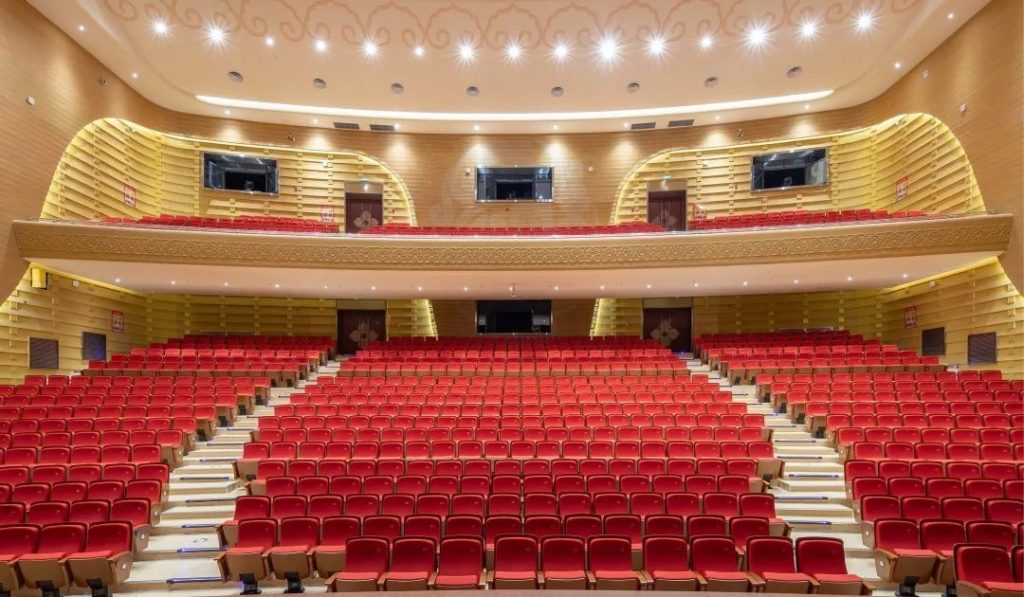 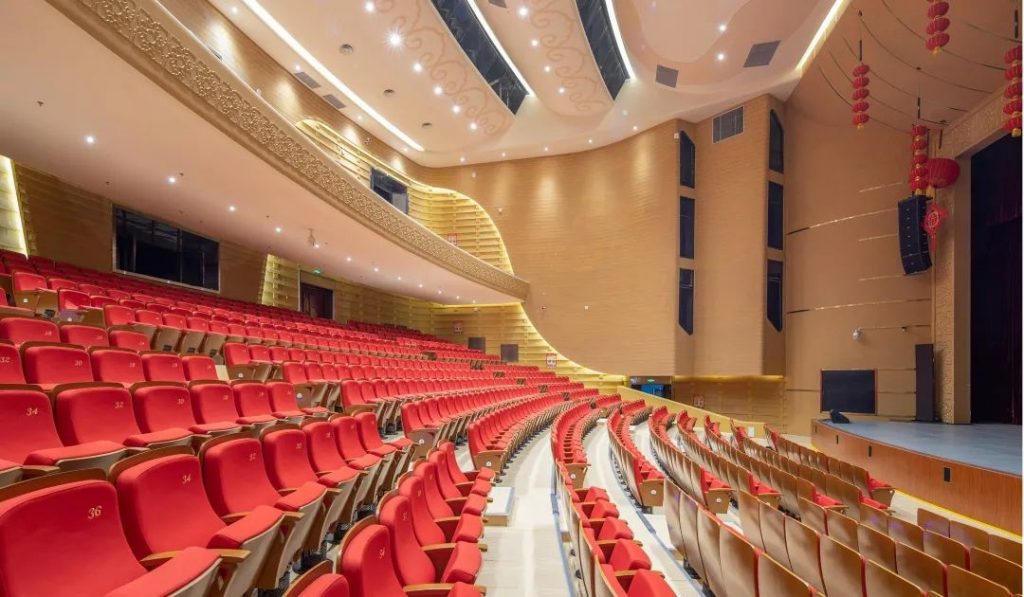 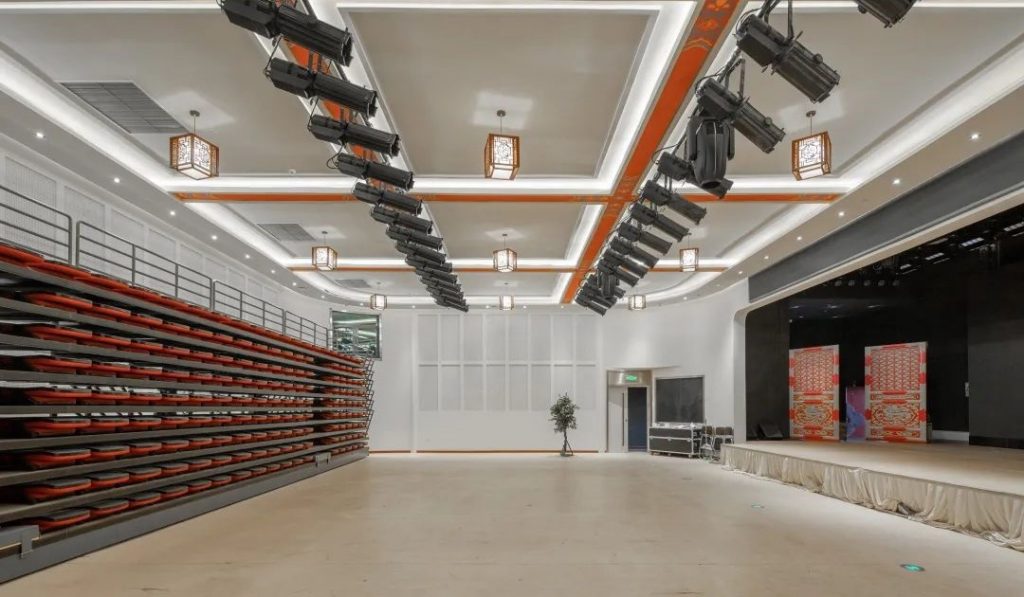 The interior space design of the Peking Opera Theatre continues the outdoor architectural style and technique. According to the different space properties, the materials and colors are taken from traditional Chinese building materials, and at the same time, the local characteristics of the building colors are selected. At the entrance hall, the algae well ceiling is organically connected with the structure, forming a classical and rich spatial experience.